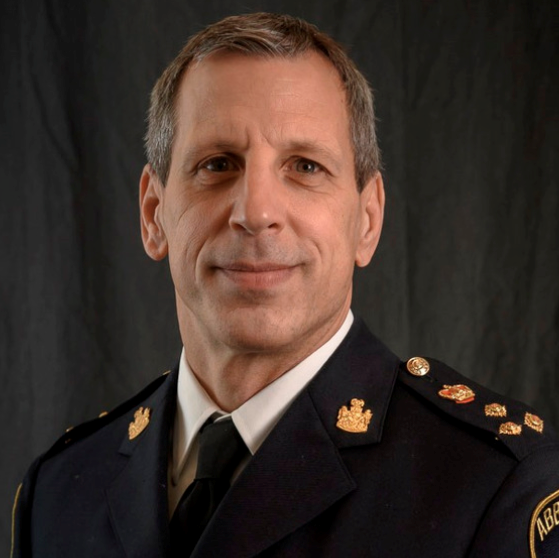 Chief Constable Mike Serr has been serving as a police officer for 30 years.  He became the Chief Constable for the Abbotsford Police Department (AbbyPD) in September 2018.

Chief Serr joined AbbyPD in November 2015 as Deputy Chief Constable.  Prior to his appointment, Mike served as a 26 year member of the Vancouver Police Department where he worked in a variety of challenging positions.

Mike is active locally and nationally in committee work and is currently the Chairperson of the Drug Advisory Committee for the Canadian Association of Chiefs of Police, Co-chair of the British Columbia Drug Overdose Task Groups and Chairperson of the Abbotsford Opioid Working Group.  Mike is also on the Advisory Council for Drug Free Kids Canada, member of Character Abbotsford, and the Abbotsford Community Development Council.